watch 01:48
What is A Marriage Made in Heaven?
Do you like this video?

A Marriage Made in Heaven

"Well, hasn't this worked out well for the two of you? I feel almost bad for busting in on this little rendezvous."
―Stefan Bekowsky

A Marriage Made in Heaven is a Traffic case in L.A. Noire.

A man is found dead in the street. At first sight it's a hit and run, but all is not what it seems.

Once you arrive at the crime scene, talk to the coroner. You should find the following clues:

You can find her standing on the sidewalk, next to the bar, with a police officer.

Go inside the bar and speak to the bartender.

After your interview with Dudley, trace the license plate number using the telephone in the back of the bar or the gamewell outside. Before you leave, be sure to read the newspaper on the bar.

When you leave the bar, be careful to not contaminate the crime scene or you'll have to start the investigation over.

Go to the victim's address to meet his wife, Lorna Pattison.

After your interview with Lorna, go to the room on the right and use the telephone. You'll receive a message from the coroner, asking to see you in the morgue immediately. However, if you plan to go after the driver, you should go to the Shelton Residence first.

Not that it makes any difference really, but if you go there after your visit to the morgue, you'll hear the same dialogue. This will sound strange, because of the information you get from the coroner.

When you arrive, there will be a cut-scene, and then you'll have to chase him. If you don't manage to disable his car before you get to Union Station, he'll stop there by himself.

Head to the Morgue and talk to the coroner to find out the real cause of death.

If Phelps discovered the knife during his first visit to Ray's Café, the Stab-Rite achievement/trophy will be earned here. If not, then a new cut-scene will commence in which they have to go back to the crime scene to find the knife.

If you didn't find the knife during your first visit to the crime scene, you need to go back to Ray's Cafe. You can find the knife in the alleyway, as described here. After this, go into the bar to confront Leroy Sabo. Following a short cut-scene, you'll have to chase him. Try to fire a warning shot at him before it turns into a shootout and you have to kill him.

If you did find it, go to the Pattison Residence. A short cut-scene will occur, where Leroy shoots Lorna, and then tries to escape. You'll have to chase him, as described above. Try to fire a warning shot at him (means you earn the achievement Not So Hasty) before it turns into a hostage situation.

"Hit and run with one fatality, 208 North Los Angeles Street. The coroner is already en route to secure and examine the body. Now all that Bekowsky and I need to do is find a witness who can give details on the car. An eyeball witness, on the sidewalk outside a bar, in the middle of the night, sober enough to make a statement. How hard could that be?" 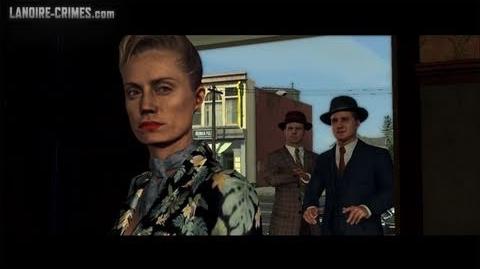 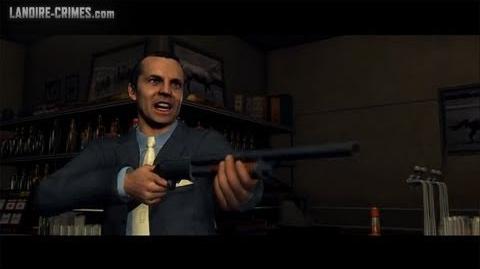 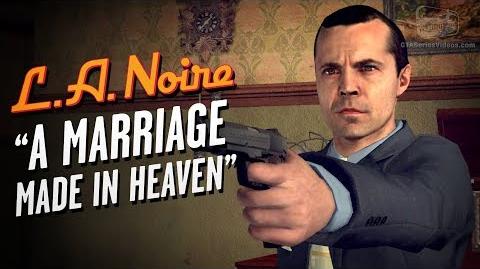 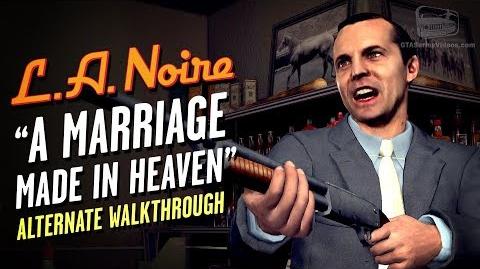 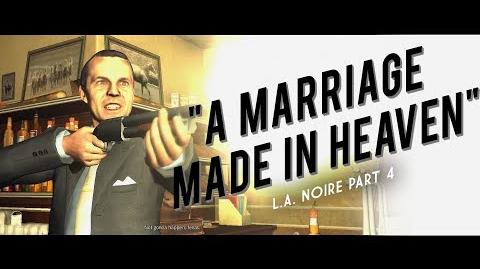 L.A. Noire Part 4 - A Marriage Made in Heaven
Commented Walkthrough
Retrieved from "https://lanoire.fandom.com/wiki/A_Marriage_Made_in_Heaven?oldid=66382"
Community content is available under CC-BY-SA unless otherwise noted.