"Well you picked the right place Cole: a city that needed an honest cop like a thirsty man needed water. You heard the stories, but you weren't interested. You were here to fight the good fight, solve cases, right wrongs; but the force is like politics. There's no sitting on the fence. You have to choose sides. A brown paper envelope, or a Greyhound ticket to Palookaville. It can only ever end one way."
―Herschel Biggs

Armed and Dangerous is a Patrol case in L.A. Noire.

This case is about a robbery at Westlake Savings & Loans that Cole Phelps and his partner Ralph Dunn pick up on their car radio. When they arrive at the bank, Phelps takes a shotgun from the car's trunk and engages in a gun fight against the robbers.

"Be advised - the suspects are armed and dangerous."
―KGPL Broadcast

Since this is an early case in the game, you can be aggressive with little harmful effect. Leave cover as soon as possible, shoot any crooks outside and shoot through the glass at crooks inside. If you kill at least three, your partner can take out the rest, so just lay back. Keep in mind that a shotgun is a close range weapon, so try to get as close as you can without becoming a target for the criminals, normally there are 5 armed robbers in total in this case. There will be at least one armed with a 12 Gauge Pump Action Shotgun, and one robber will wield a Thompson M1. However, you cannot obtain them. 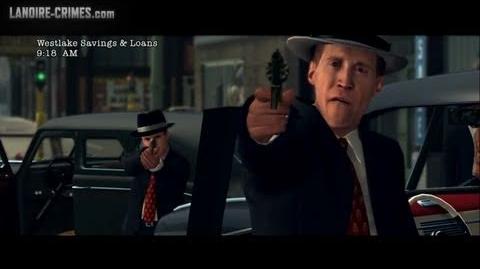 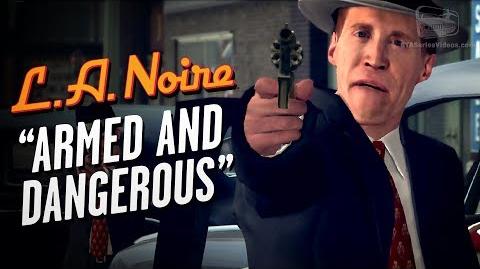 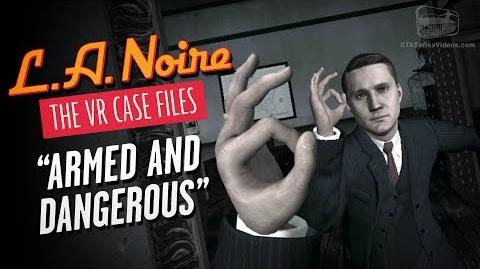