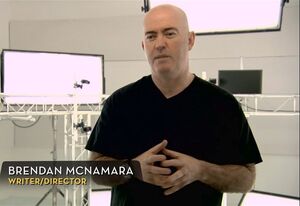 In June 2011, amid accusations of terrible working conditions at Team Bondi , Brendan was shown in a very negative light[1].

Retrieved from "https://lanoire.fandom.com/wiki/Brendan_McNamara?oldid=65035"
Community content is available under CC-BY-SA unless otherwise noted.