Newspapers are a vital source of information in Los Angeles in the time of L.A. Noire. The information is based around the events from Courtney Sheldon getting acquainted with Doctor Harlan Fontaine all the way up to the Suburban Redevelopment Fund's downfall.

There are a total of 13 newspapers. The game does not award an achievement or trophy for finding them all, but finding them is necessary for 100% completion. Newspapers are only accessible during regular storyline cases; they are not found in the downloaded/Complete Edition bonus cases or in free roam. 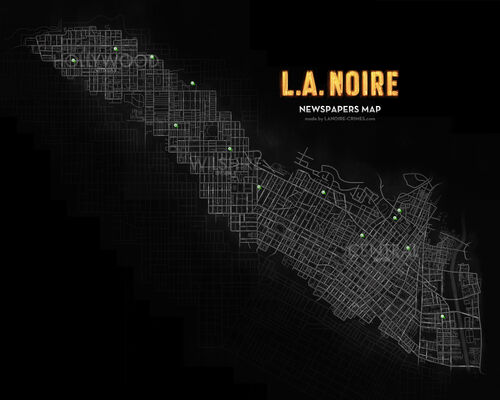 Retrieved from "https://lanoire.fandom.com/wiki/Newspapers?oldid=64928"
Community content is available under CC-BY-SA unless otherwise noted.