Start a Wiki
watch 02:22
What is The Driver's Seat?
Do you like this video?

The Driver's Seat is a Traffic case in L.A. Noire. This is the first case Cole Phelps takes on the Traffic Desk, after being promoted from the Patrol Desk.

Cole Phelps and his new partner, Stefan Bekowsky, are called up to investigate an abandoned car, which looks as if a murder was committed inside of it, at the P.E. Freight Depot in the Warehouse District. During the investigation, Phelps finds out that the car is registered to Adrian Black, who was reported missing the previous evening. Phelps also finds a receipt for a live pig in the trunk of the car, bought by Frank Morgan.

Once you arrive at the crime scene, talk to the coroner and then find the following evidence:

Now, go outside and inspect the new water heater. You will find that you have to arrange the pipes, and once you do, you will find that the pipe that is missing is the same one found at the scene, covered in blood.

Pay attention to the order of these questions, it depends on the order in which you gathered the evidence.

Once you are done, use the telephone in Black's home to find the location of Cavanagh's Bar, if you haven't already.

Once you arrive at the bar, talk to the bartender.

You will have the choice to arrest or leave Frank Morgan.

During the drive to Morgan's Apartment, you will get another clue via the police radio letting you know that the blood in the car was not human but in fact swine blood (most likely from the hog Frank ordered). If you have your partner drive and skip the scene, you may or may not miss the clue. If you don't get the clue on the way, commandeer a police vehicle, and you should get it.

If you correctly answered Frank's questions, just find his apartment number, number 2, and walk up to the door. Adrian will answer the door, where he will tell you that he needed to leave L.A. for a while. He then tells you that he needs to pack his stuff. However, he slams the door in your face, prompting you to kick it down and go after him. Alternatively, If you didn't answer his questions correctly, Frank Morgan will answer the door after reassuring Black that they were "in the clear." He opens the door to find the detectives standing there. Cole will ask Adrian to come with him Downtown. Adrian flees out the window and tries to escape, while Frank Morgan gives himself up.

Climb out the window and chase Adrian up the fire escape, across the rooftops, and down the pipe and he will get cut off by Bekowsky.

"Newly assigned to the Traffic Squad, Central Division. After a year in uniform, the Detective Bureau was starting to sound like the promised land. First case is an abandoned vehicle, recovered at the Pacific Electric Freight Depot. According to the reporting patrolman and witnesses on site there are signs of foul play. We need to track down the owner, see if anything untoward happened to him."

The only known witness to the crime, Nate Wilkey. 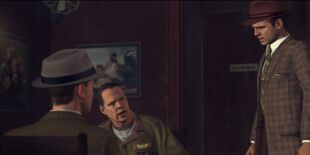 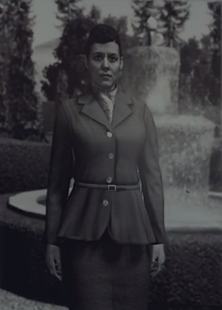 Margaret's picture was found in her bedroom. 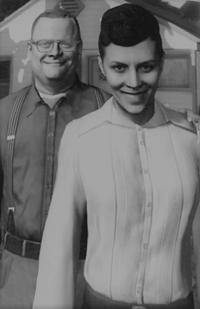 A photo of the happy Black couple found in Adrian's wallet. 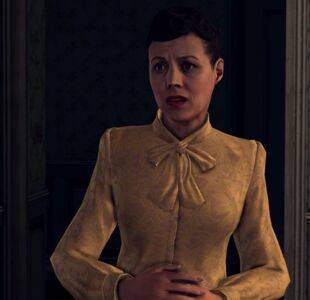 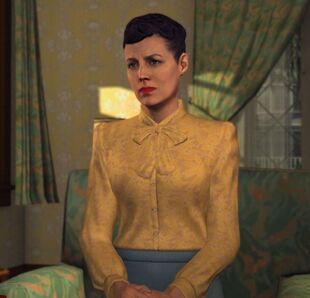 Margaret was questioned by Phelp.
Add an image to this gallery 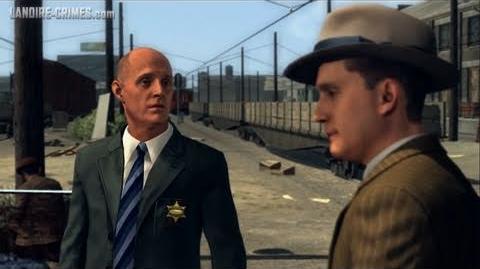 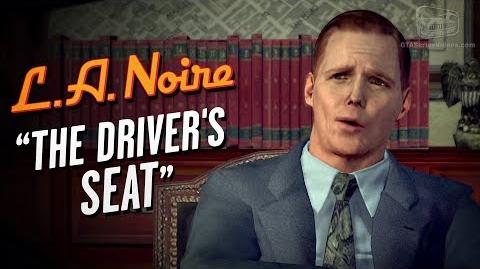 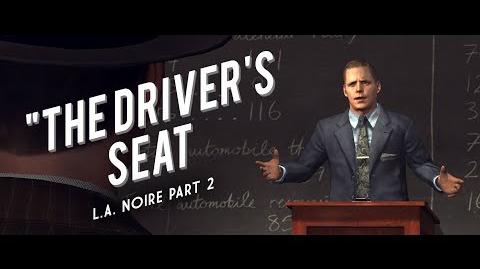 Retrieved from "https://lanoire.fandom.com/wiki/The_Driver%27s_Seat?oldid=65235"
Community content is available under CC-BY-SA unless otherwise noted.